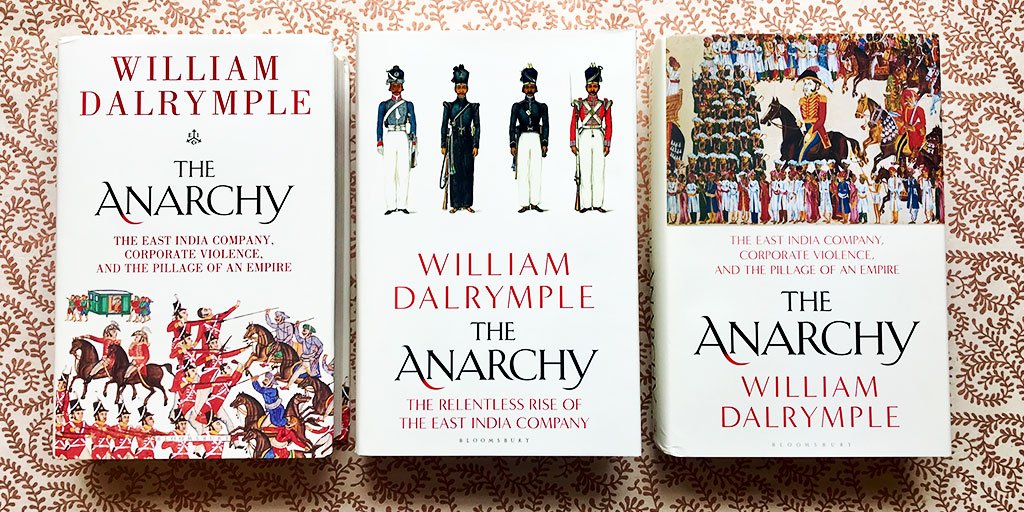 For reasons which become clear reading this timely history, Brits have closed out the history of India and our role in conquering it. We all know about the American War of Independence (coincidentally caused by dumping unsold Indian tea in Boston), but who has heard of the the Great Bengal Famine of 1770 where East India Company stood idly by as ten million starved to death? Or how the same EIC comprehensively beggared what was then the richest nation on earth on behalf of its shareholders in London? Or that it became the first company ‘too big to fail,’ an unaccountable private company with its own army slowly laying India to waste.

Dalrymple loves India , but isn’t blind to its faults. At a time when it needed leaders of vision, it produced a generation of mostly venal and corrupt rulers too busy squabbling to see the existential danger the EIC represented.

The book concentrates on the 18th Century when Clive and Wellesley expanded the EIC, using the long sad reign of the Mughal Emperor Shah Alam II as its backbone. It’s a tale with little glory and a warning in the age of the tech giants of the power of private companies.

Verdict: must read for anyone interested in India and the British Empire