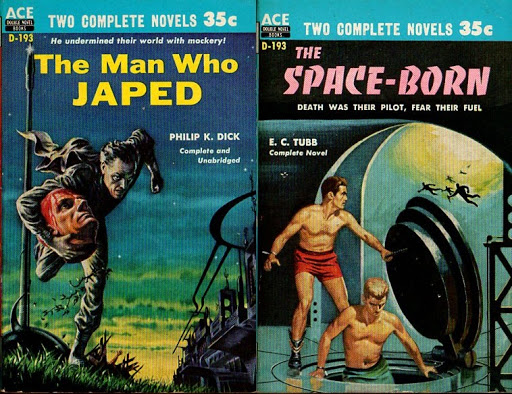 After reading through the treacle of the first two published SF novels, The Man Who Japed is the first recognisably coherent Dickian work. More a novella than a full length piece, it’s very much in the style of his ‘literary’ works written around the same. TMWJ has one through story, no real subplots, and set within a Roosevelt era future where an autocracy maintains itself by glorified PTA’s and the fear of social ostracizing – losing your apartment. It follows the path of Allen Purcell, an advertising man who is rebelling against the system and finds himself holding the levers of power. Autofacs, precogs, disappearing realities and sex all make an early appearance. Dick must have just read Joyce’s Ulysses, which receives an extensive mention. (One wonders if the average 14 year old reading it in 1956 questioned why Greek myths turned up). I laughed at some of this: humour is one of traits in a lot of Dick’s writing which is totally lost in the film adaptations and missing from his earlier novels.

Verdict: Not an essential read, but flashes glimpses to the future.