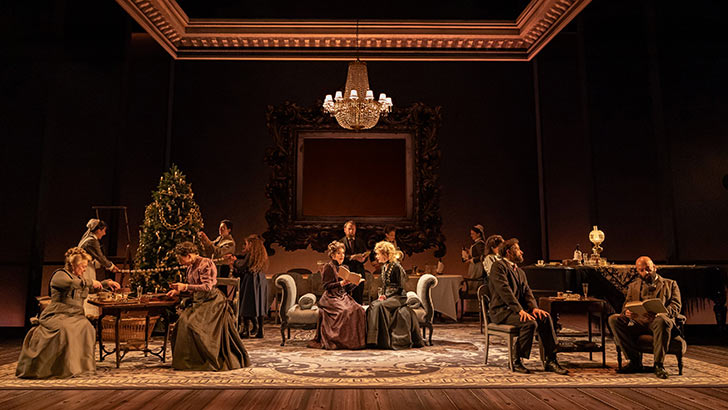 Who didn’t hope that Stoppard would pull one final masterpiece from the hat, especially as Leopoldstadt (the Jewish quarter of Austria) is his most personal play. Unfortunately, his reach exceeded his grasp. Structuring the play around a rich family of Jews who have married Christians and consider themselves Austrians, Leopoldstadt sports a huge cast and five different time periods. Alas, the time shifts, the bewildering number of characters and interminable rhetorical discussions, render the play a hard watch. You never truly engage with such a wide ranging story and only at the end does Stoppard deliver some much needed emotion. With the exception of Adrian Scarborough, the cast seems a bit lost within the play, and Patrick Marber appears to have given up when a group of cliche Nazis, straight out of JoJo Rabbit, turn up.

There is an interesting story to be told about how survivors of the Holocaust dealt with the memories, why some built Israel, others ensured the tragedy was never forgotten and some, like Stoppard’s mother, blanked out the entire experience and became citizens of the country they found sanctuary in. Instead, Stoppard mostly plays safe and there are few new insights into how people experienced the Holocaust before or after.