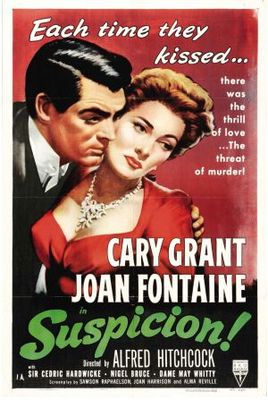 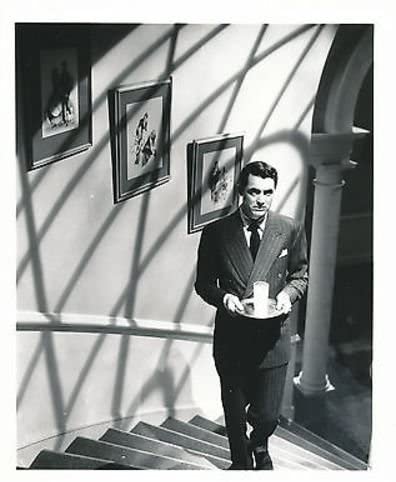 When I first watched this film many years ago, I remember being glad that Cary Grant was innocent of Joan Fontaine’s suspicions about him wanting to murder her. Watching it again and the tacked on ending becomes obvious. Grant plays Johnny as a cad who would literally sell out his best friend. It’s no surprise that he takes advantage of Fontaine’s bluestocking Lina when he realises she is going to be a rich heiress. Grant seems happy to push the idea is his a murderer, however Hollywood couldn’t have its golden boy play a killer. They were happy for Fontaine to play a deluded woman, and she easily steals the picture (and won the Best Actress Oscar). Standout scene is Grant bringing up a drink to the poorly Fontaine. It shines in the gloom.

Watching this about 30 years ago, I realised that Hitchcock had dropped in a lesbian couple without anyone running the censors noticing. In a late scene set around lunch,