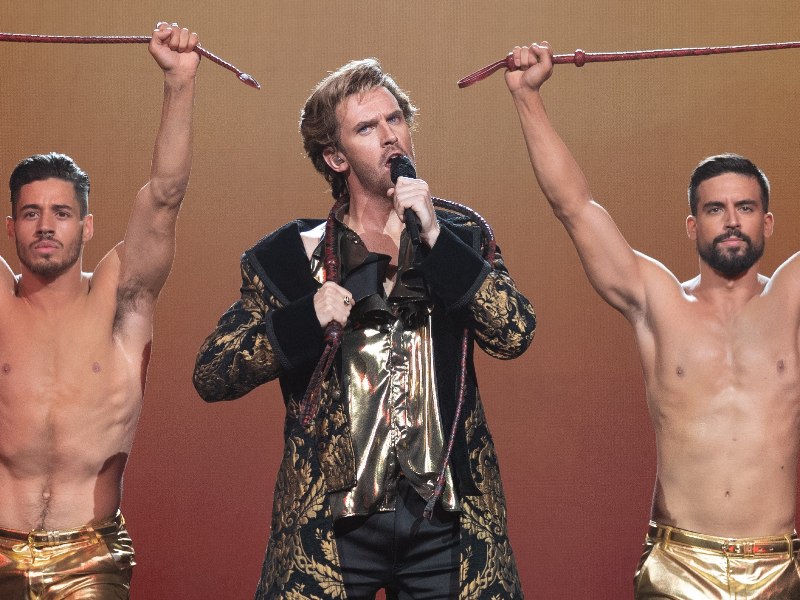 …although for those who hate Eurovision, I’d suggest it’s 5* purgatory. As camp and as ridiculous as the real thing,  Eurovision Song Contest: The Story of Fire Saga is a great romp through all the cliches that devotees love, dreadful songs, outrageous costumes, over the top staging, and hammy performances. Will Ferell, who co-wrote, has a fan’s eye for Eurovisions appeal (it has nothing to do with the songs) and the rest of the cast join in with great gusto. Ferrell plays an aging fantasist from Iceland who gets a shot at the competition with his girlfriend Rachel MacAdams, so its Rocky with sequins. None of it makes any sense whatsoever, which seems appropriate, but it is laugh out loud funny, especially when Dan Stevens appears as the not gay Russian entry (Putin will not be impressed). Surprisingly the songs are good and many former winners pop up to spice the film.